Welcome to the support portal
Knowledge Base Campaigns

Ignore dates in the execution of your campaigns

Blackout dates allow you to define dates to ignore the execution of your campaigns. Excluded dates apply to Recurring, Date, and After Imports triggers. However, you can restrict them to specific campaigns by using campaign categories.

From the Blackout Dates tab of campaigns, select any date to add a blackout date. 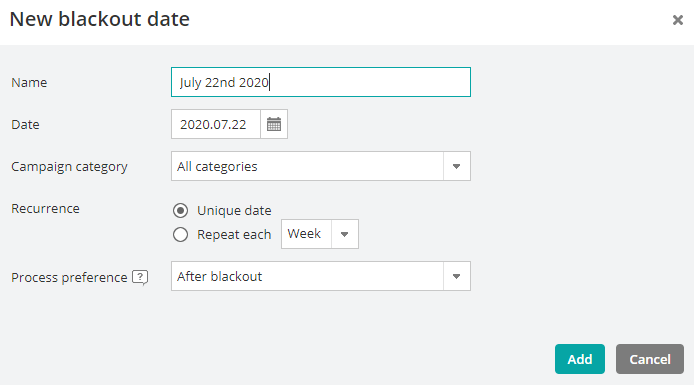 Postponement of a campaign based on an exclusion date

The treatment of excluded dates differs somewhat depending on whether it falls on the day the scenario is launched or at a subsequent stage.

Back to top
Did you find it helpful? Yes No